In order to promote rainwater harvesting in the district, a committee was formed by Deputy Commissioner Gurugram under the Jal Shakti Abhiyan’s “Catch The Rain” campaign to ensure the functionality and maintenance of rainwater harvesting structures in various public and private spaces of Gurugram. SDMs, Gurugram are the nodal officers and representatives from DTP, MCG, MCM, Police department and GuruJal were part of the committee. A public notice was released in May 2022 regarding the checking of rainwater harvesting structures in large establishments across Gurugram.
Four numbers of enforcement drives were conducted in 16 societies and 140 structures were checked. 112 RWH structures (80%) were not in compliance and were provided notice for retrofitting and cleaning. As suggested all 112 RWH structures were cleaned and made functional. 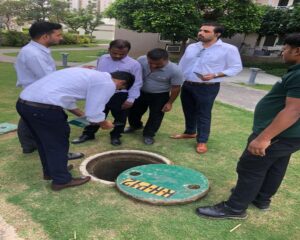 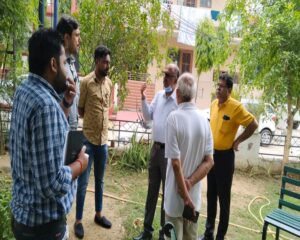 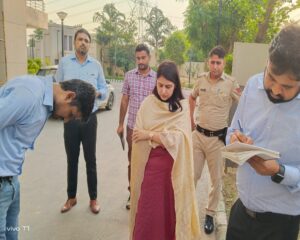 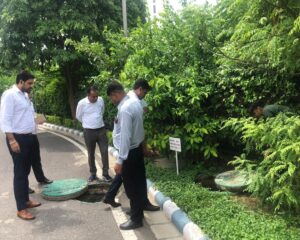